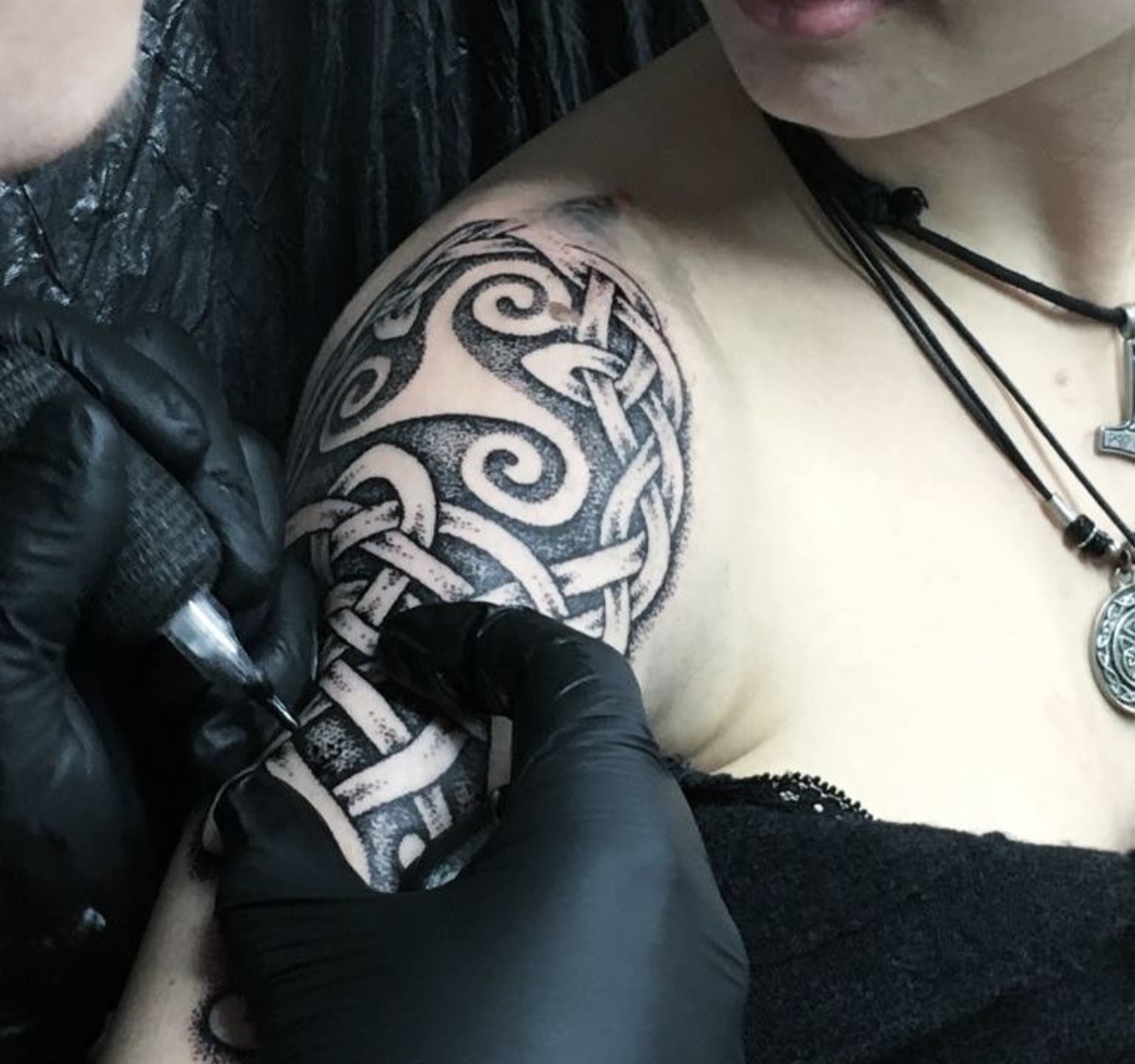 The Triskel is the three part spiral and is an ancient symbol found across many parts of Europe. The symbol is so old that it’s original meaning is lost. Whilst you can find many theories online about its meaning, these are all guesses at best.

Although it is not a knot, I would put it in the same category. It is a symbol open to interpretation that could represent anything and everything. Some of the oldest carvings of this symbol are found on a burial tomb in Ireland, which suggests an affinity to death at the very least. Whichever way the Triskel is represented, it’s parts are equal yet at different ends of the spectrum to each other. This is in a similar way to the Norns; past present and future. Maria is from Rome, Italy which is a city better known for its classic statues and architecture style.

Strangely enough though, many sources point to Rome as being one of the main influences for the spread of knotwork through Europe, even though it was a Celtic art style they adopted and spread. I don’t pretend to be an expert on symbolism or ancient art, but this is some of the thinking behind my art and curiosity 🙂