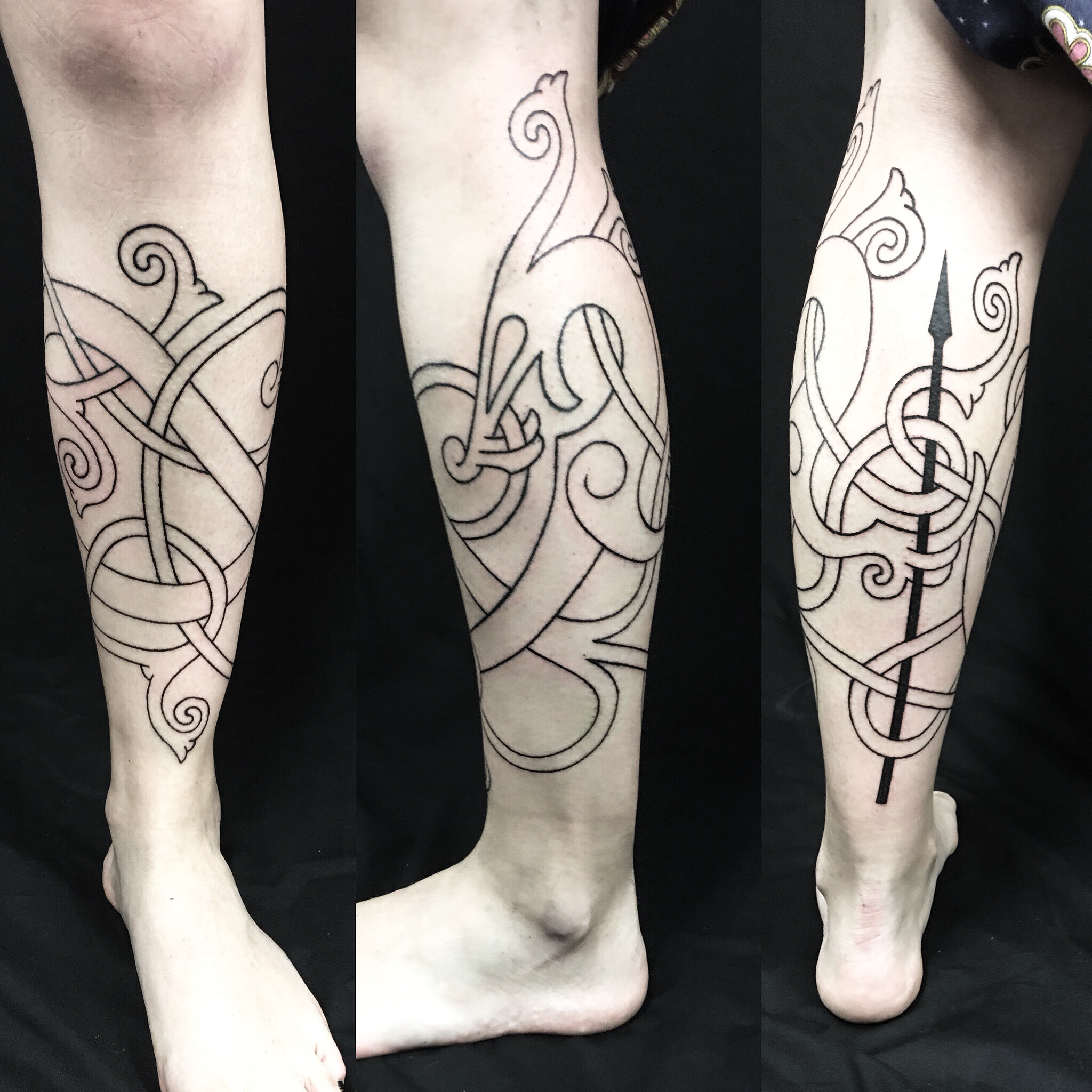 Kristin is a real life modern shield maiden with scars from sword blows on her body to prove it. As she is a part of a Viking re-enactment group in East Norway, she travels around Europe fighting at shows and markets. The group she is a part of has an Urnes Style wyrm/dragon as its symbol. But as she is most fond of fighting with spear, it was Kristin’s idea to combine the two to come up with this design. It may seem strange to  a modern audience to find dragons and wolves bearing weapons and arms. However, it is not uncommon and examples exist on the rune stones in Scandinavia. This is as the old Norse way believed that one would shapeshift into these apex creatures to battle/hunt.

This was handpoked on a trip to Llandudno, my home town in North Wales.