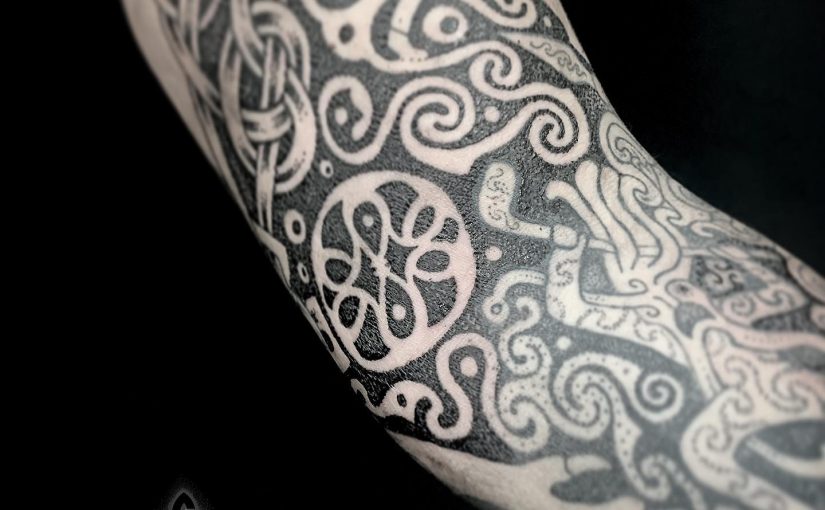 The circle in the centre of the picture is taken straight from the archeology. It is an example of late British La Tène (iron age Celtic art). Examples of items adorned in this style have been found through Ireland as well as mainland Britain. You can also see that alongside healed sections that Jacobs skin is 2 days into the healing process.

After five days of carving, Jacob is heading back to America with the beginnings of a sleeve capturing the deeds of Cú Chulainn. The bottom half of the tattoo has already entered the fine scabby stage which is why it looks a bit textured.

Standing above Sétanta before he kills the hound is Scathach, his mentor to be later in his life. The design wraps round his lower arm and shoulder.. more pictures to come.