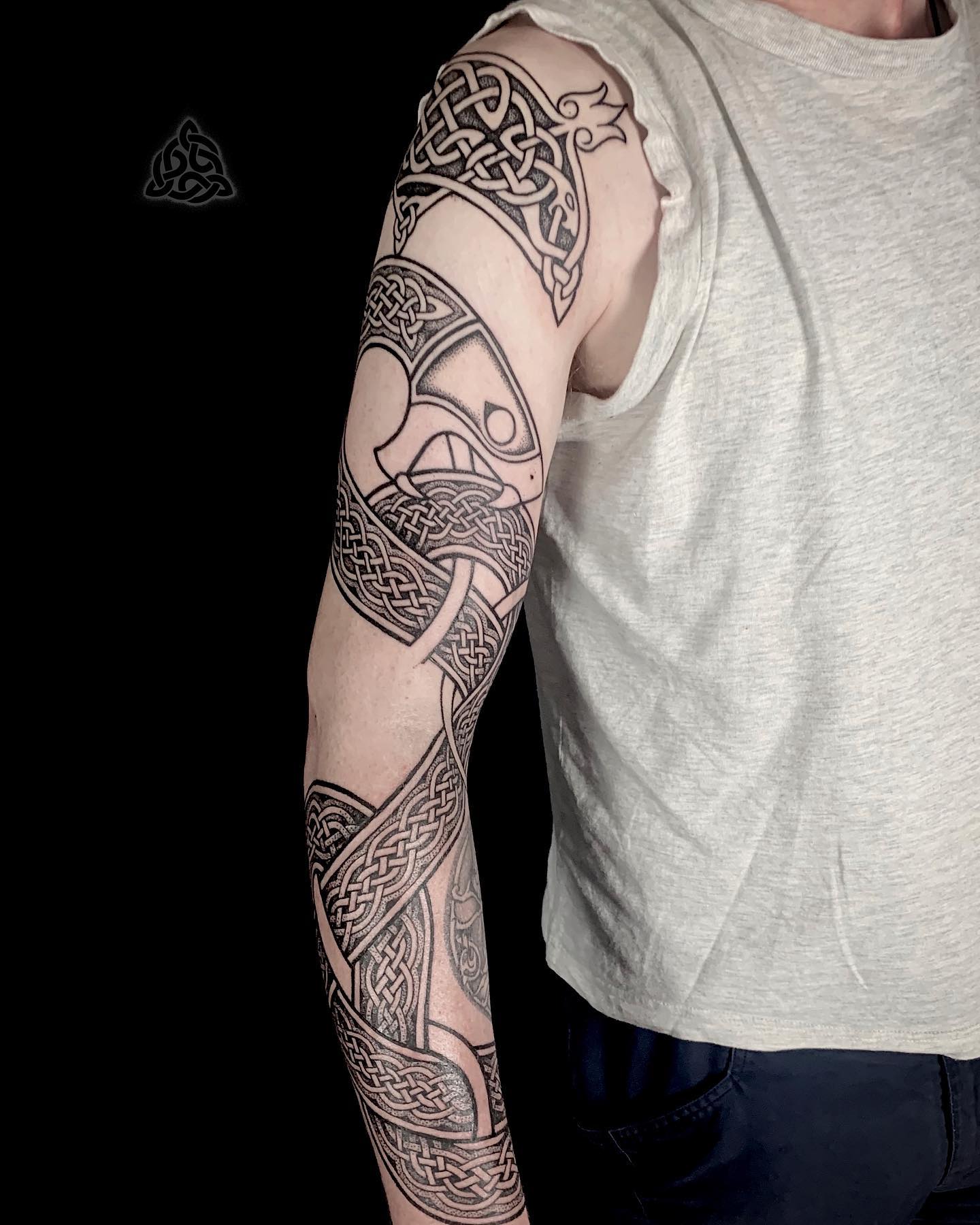 On the ancient stones of Scotland, there was a wonderful period where Pictish designs were common. Here, creatures, items and symbols were featured heavily in the stone carving. Among them, the adder was often depicted, often paired with the more common V-rod and crescent moon shapes (as they are known). Their original meaning is complete lost to us (something I feel I write very often)!

I was recently discussing this with Jim and Kat from @asgardscotland during a session. Interestingly, @asgardjim suggested they where depictions of the masons tools. This theory has a lot of weight behind it given it comes from a man that definitely knows his stuff… I hope you don’t mind me sharing your theory on here and stealing your thunder!!

I’ve also wondered if they where personal or family sigils, especially since they are usually carved in twos, with two different elements within them. But for now, there is no definitive answer to this question. You can read more about the history of the Pictish stones on this blog on Northern Fire.

Anyhow, I’m rambling. Hamish wanted a more realistic adder depiction from the stones, and I was more than happy to work with him on this idea. As much as I like to have my work rooted in tradition, we are, after all living in present times and I never pretend my work is anything but a modern take on ancient ideas. The repetitive knot in the body was also intended to represent the adders skin. The crescent shape and V-rod is taken from a genuine stone close to where Hamish grew up in Scotland.

I’m honoured to get to work on more Celtic designs as well as Nordic again. Thank you Hamish for making the long drive down from Scotland. See you again soon