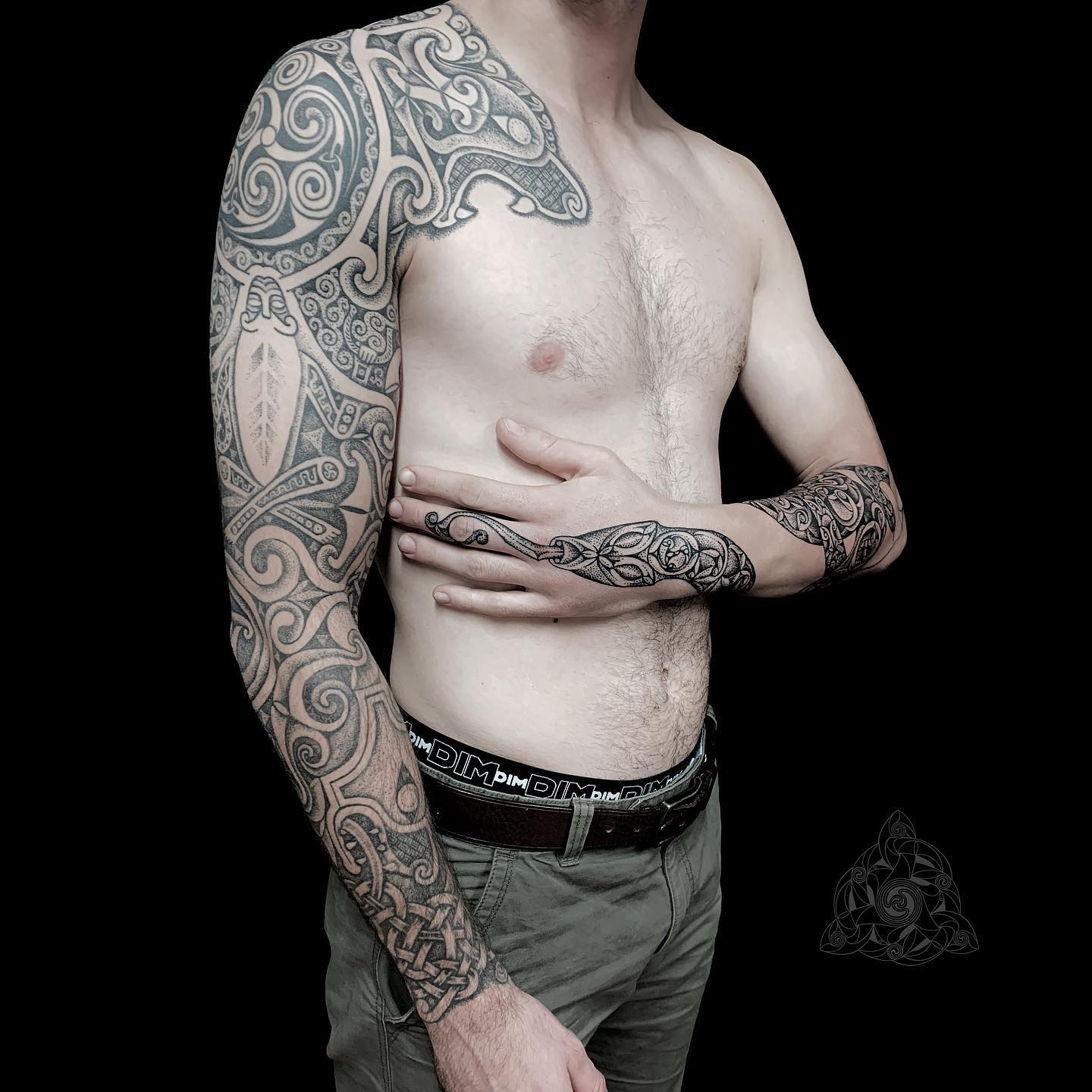 This picture was taken last year of Guillem. His right sleeve was fully healed and his La Téne snake still very fresh. Both designs are as Celtic inspired as it gets with around 700-1200 years between the artistic styles.

From what I know, his name Cernunnos reflects his depiction. The Cern element meaning horn. This can also be seen in Unicorn for instance. In modern welsh we call deer “ceirw”, and horn “corn”. The roots of the word is Proto-Indo-European and the word horn also has the same root.

It is therefore possible that the god Cernunnos could have very old roots indeed. Usually depicted with a Torc(s) and a horned snake, this is what lead us to tattoo the serpent on Guillem’s other arm. The reason this character holds this strange serpent and symbol of power is lost to us. However, I think its possible it could be something along the lines of the stories of Thor. Although it seems more that he tames the creatures and balances it with divinity (the torc).

I’m still hoping archeologists dig up a wondrous artefact in my lifetime that will shed more light on the horned one.

Hope everyone’s managing to stay sane out there, stay safe. Don’t forget to enjoy the little things in life