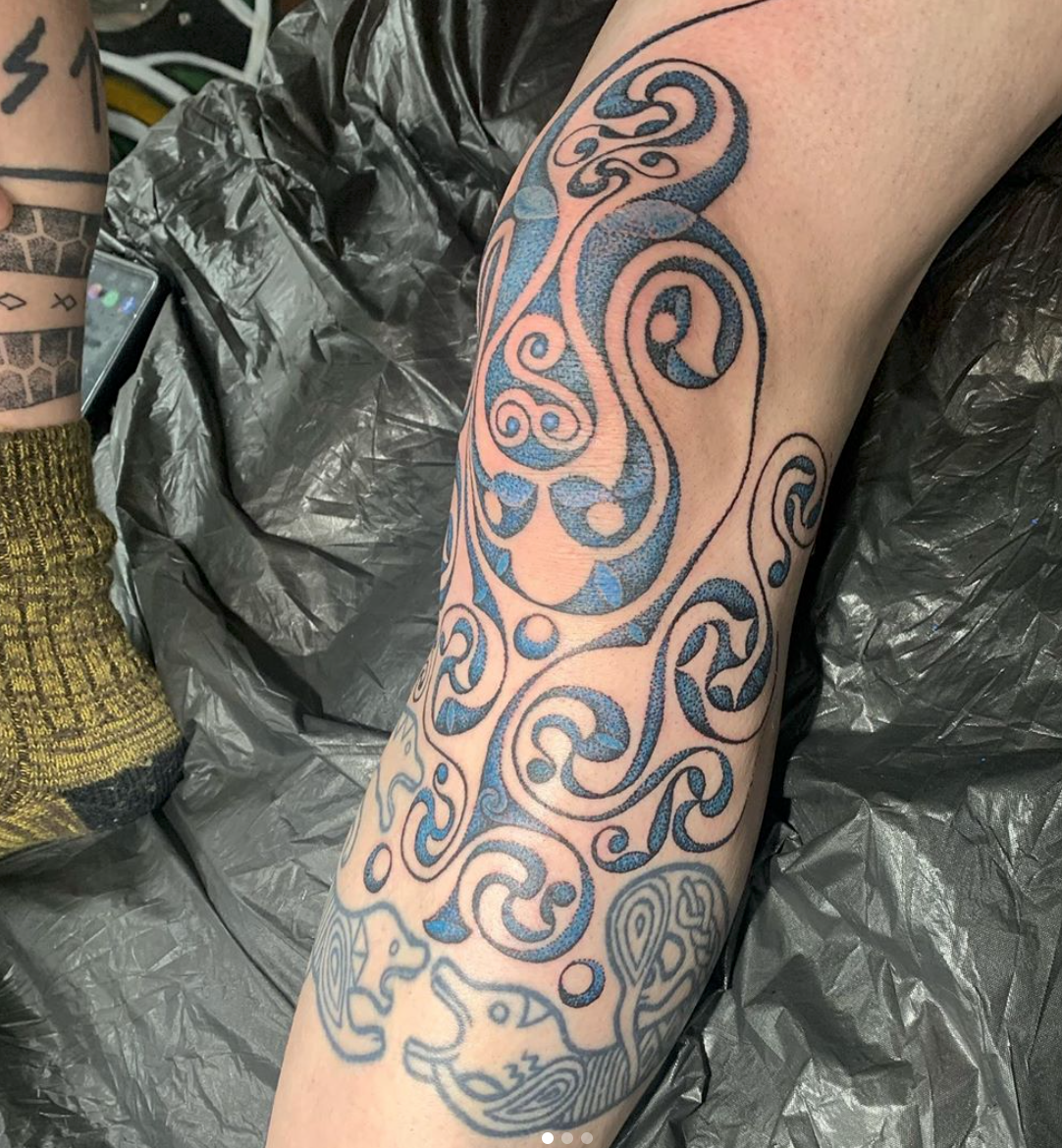 It’s time for some more Swirlyboi action inspired by the late Iron Age British La Tène art. I bloody love getting to work in this style as applying it to the human form is still so massively unexplored.

The elements that make up this design are inspired by the mirror style. The #desboroughmirror1 and 3D artistic impressions of the same period, like the Llyn Cerrig Bach plaque. In the original works you’ll see… or more likely feel impressions of birds, faces and beasts. Or just swirls… Either way, their use of the line, curve and geometry is out of this world.

This piece is tattooed in a mixture of blue and black. Blue tattoos on Celts are a lasting stereotype from the Roman sources. However, it is likely the blue pigment in ancient Celtic tattoos was from lower quality blackish ink… think of old faded sailor tattoos for example. It is also possible that the Romans lumped all Celtic peoples together. For example, the Picts (the ancient people of Scotland), covered themselves with Blue woad dye as well as being tattooed. This could have being a spiritual practice or just to mark out their tribal identity. Equally, it could have been an anti fly-repellent or antibacterial defence against battle wounds.

There is much more textual evidence of tattooing in Iron Age Celtic Briton. However, like the Viking age, it lacks archaeological evidence.. for now. The Lindow Man bog body for instance has chemical traces of what could be pigment in his skin. Sadly, the bog dyed him as well and everything he was wearing the same colour as the peat he was deposited into. Among some Roman accounts of tattooing on ancient Britons, they mention that some individuals would make a point of trying so soak up as much pigment in their limbs as possible through incision. Could this by a type of Celtic #blackwork? It’s possible. Other accounts mention that they purposefully mixed plant sap in with the ink to create scarification, and lastly that some tattooed images had to be on view to their opponents for the tattoos magical properties to work.