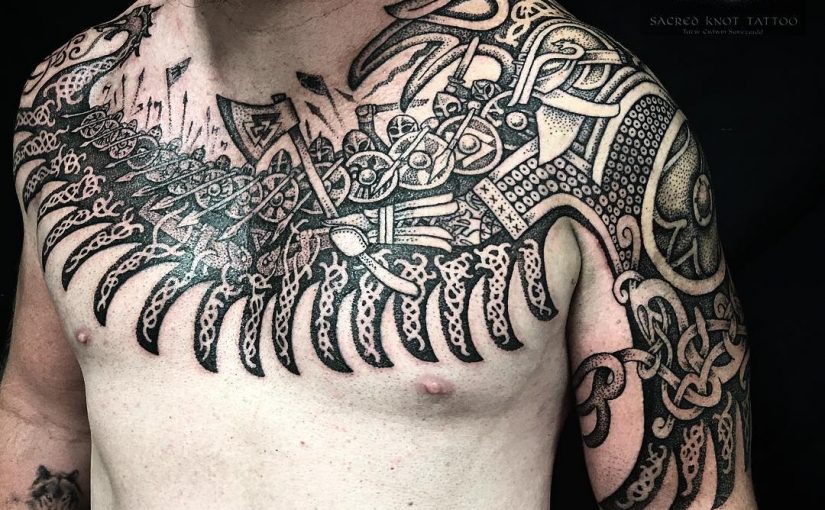 Adam’s Land Waster. Harald Hadrada was arguably one of the greatest Vikings that ever lived. His legacy was bloody and ruthless, but his saga was so great it is almost unbelievable. It is said Harald was a giant of a man with a great moustache. He travelled far and wide following his exile from Norway. In this time, he seduced a Rus princess in Kiev, served emperors in Byzantium and supposedly blinded one of them before returning home to reclaim his throne as king of Norway. Before attacking the English at the grand old age of 51, harried the Danes for a decade so. This tattoo is to celebrate the battle of Fulford, the day as Adam’s birthday.

The land waster was the name of the raven pictured on Harald’s standard. Harald was said to be a Christian politically, but this is a clear connection to Odin, the father of the Old gods of the North. Clear thinker in battle. The spear shaker.

Thank you for trusting me with this project Adam.